Should I Learn Acoustic or Electric Guitar First? 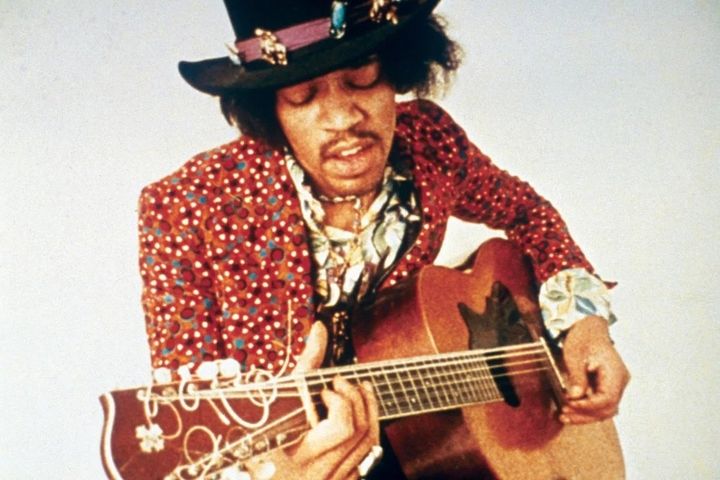 As a total beginner (or as someone getting back to the guitar after many years), my recommendation to you is to start with an acoustic guitar. You’ll develop stronger fingers faster, your practice time will be maximized, and you’ll save money which you’d spend on amps & electronics repairs.

Trust me, I know you’re itching to play electric, so instead, start with an acoustic guitar, and reward yourself for your hard work and practice by “graduating” to an electric guitar after you’ve developed your basic technique.

Following the Paths of the Guitar Greats

From Jimi Hendrix to Jeff Beck, from Jimmy Page to Stevie Ray Vaughan, and from Yngwie Malmsteen to Derek Trucks, all their first guitars were acoustics rather than electrics — and the list goes on!

My strongest recommendation to you, if you’re a complete beginner, is to start with an acoustic guitar. You’ll be following in the fine footsteps of the legends listed above, and — if you ask most guitar teachers — they’ll agree that starting with an acoustic is the sounder choice.

What makes learning on an acoustic so much better than an electric?

Here are few prime reasons why you should start on an acoustic guitar, rather than an electric guitar,

For your fretting hand, typically, acoustic guitar strings are thicker, making them a bit tougher to fret. This is a good thing! By practicing on a tougher instrument (that being an acoustic guitar versus an electric guitar), you’ll build your finger strength faster, and — when the time comes that you graduate to an electric guitar — it’ll be an easier transition; whereas, if you practice on electric and try picking up the acoustic at your friend’s place, you might find it challenging to play.

Also, your strumming hand toughens up faster if you start on an acoustic guitar. Why? Because your strumming hand, which is chiefly responsible for inducing a sound from the guitar, can’t rely on a volume knob to add dynamics like playing louder or softer — you’re forced to learn how to control your “attack” on the strings! Developing great right hand technique early is essential if you want to become a great player in the long run.

By starting on an acoustic guitar, you’ll also be able to spend more time actually practicing, rather than with an electric, which easily gets complicated with all the amp fiddling, cable untangling, and levels adjustment. For example, on an electric guitar, if you’re finally getting the chance to sit down and practice at the end of the day, and the patch cord connecting your guitar to your amp gets frayed, you’ll have to run to the shop and buy a new one. Just like that, you’d have lost an hour of solid practice. Plus, even if all the electronics work fine, the time spent managing all the extra equipment adds up quick, and that tends to sum to lost time, which could’ve been spent on your crucial early learning.

Also, as a bonus when it comes to practice time, acoustics are much more convenient to physically lug around! Let’s say you’re house-sitting for a day or doing a road trip to a cabin for the weekend, it’s much easier to bring an acoustic guitar with you in the spur of the moment, as opposed to an electric guitar.

Finally, you’ll save yourself some pretty pennies by starting on an acoustic versus an electric guitar. With an acoustic guitar, you can pretty well start playing right away, even if there are chips and dings on the guitar’s body. However, electric guitars are a different story altogether; it’s really only the beginning once you buy the electric guitar — next, you also need to buy a cable and amplifier. On top of that, more components can break with an electric guitar (the pickups can give you trouble, the tone & volume pots can wear out, the patch cord can become frayed, and the amp can have issues as well). Overall, it’s more to think about, but also more pressure on your pocketbook!

As you can see, an acoustic guitar helps cultivate better hand technique, maximizes your practice time, and is usually much more cost-effective to start with! All in all, you save more energy which you can “reinvest” in actually learning the instrument. Plus, you can rest assured that nearly all the greatest players like Hendrix and Jeff Beck also started on acoustic guitars, and it worked out well for them to say the least!

Are there exceptions to the rule?

There are a couple exceptions to when it might be right to start on an electric guitar.

One could be if you have easy access to an electric guitar for free (say, it’s a gift from a friend or family member), so you might as well use that to learn with. Or, if you have a medical condition where you have something like finger joint pain, then it might be better to start on an electric, so the amplifier can help you produce a sound.

Otherwise, try waving away that instant-gratification bug and starting with an acoustic.

Though, just wanted to squeeze this tidbit in: with all of the above being said, fortunately you’re not forced to choose one way or the other. At the end of the day, your driving passion to pick up the guitar is most important, and if an electric inspires you to play more then that is probably the better choice for you.

That’s All This Lesson Has to Say!

If I was able to convince you to start with an acoustic guitar, then the guitar teacher in me is happy!

Don’t worry though! You can (and should) play an electric guitar soon!

With diligent practice, within the next 3-6 months, you can (and should) graduate to an electric guitar, if your musical vision and desires pull you towards electrified sound.

Again, first develop your finger strength, maximize your learning, and save money. Then, once you’ve learned the basics of each guitar string, and basic chords — and you’re starting to learn real songs (which usually takes about 3-6 months) — at that point, I’d suggest “treating” yourself with an electric guitar; use it as a reward to motivate your practice!

Where Did Robert Johnson Sell His Soul?

So, where did Robert Johnson sell his soul? It was at the intersection of Highway 61 & Highway 49, just south-west of Clarksdale, Mississippi.
Blind Louie Harrison

Which Artist Was Known As the Father of the Blues?

You may wonder, which artist is known as the father of the blues? Many would say Charley Patton, W.C. Handy, and Lead Belly among others.
Blind Louie Harrison