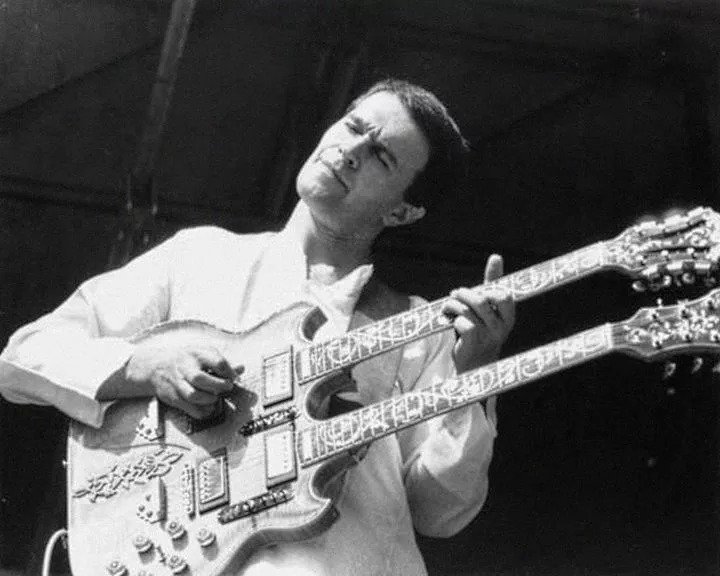 To understand beginner (and even intermediate) music theory, all you need to understand is the major scale; do, re, mi, fa, so , la to, do. That’s it!

With that musical Swiss army knife, you can “pick the lock” of music theory and understand how the most commonly used chords work, how improvisation works, and unearth all sorts of other scales and concepts.

In the future, more lessons will be made to expand on that conjecture, but for an introduction on how that works, feel free to read the article below!

In this article, you'll learn about the basics of the major scale (which is the family of sounds that contains most of popular music, and ironically contains minor scales within it!). Also, you'll figure out a handy, quick method called the Number System (which happens to apply seamlessly with the guitar) to immediately start applying the major scale in all sorts of ways.

If you'd like to learn things like: basic composition, modes like the Dorian mode, the Pentatonic soloing box, what makes a Dominant 7th chord sound funky, and a tool to reverse-engineer 95% of popular western music, then understanding the major scale and is really handy as a guitar learner.

And best of all, by learning the major scale, you'll know enough theory as a beginner guitar player to last you for years (it even applies to advanced theory).

How Does the Major Scale Help With Learning Music Theory for Guitar?

By fully breaking apart the major scale, naming each bone and muscle inside, you'll know more music theory than Jimi Hendrix or Jeff Beck ever knew!

To that comment above, yes, the major scale is only one scale out of an infinite number, but it's extra special because it happens to be the family of 7 notes that comprises most modern western music. So, even though it's technically one scale out of many, it actually applies to 95% (if not more) of yesterday, today, and tomorrow's music. So, based on the 80/20 principle, it's worth the time to really sink your teeth into learning the major scale.

The next thing you might be wondering is, "aren't scales just one part of music theory techniques? Shouldn't music theory for the guitar involve diminished & dominant chords, the pentatonic scale, the dorian, scale, among many other types of chords and scales?

Rather than thinking of the major scale as just a sequence of notes, think of it as a family of sounds. (That's how you'll think of it after covering the full contents of this article.) It's not just another scale; actually, most popular chords and other scales (minor 7th, dominant, pentatonic, lydian, half-diminished, etc) are derived from this "family of sounds" which is called the major scale. So, it's more like a "parent" scale (or "family of sounds"), which encompasses child scales & various chords. You can do this exercise of derivations for all sorts of parent scales, but again the major scale is the most common scale by far, so it's the most worthwhile to study (though for example jazz musicians use different parent scales: like the melodic minor scale or harmonic minor scale, which is why jazz often sounds angular and odd).

Thus, if you'd like to do any of the below,

Then, a thorough dissection of the major scale and how it applies to the guitar will be like a tool to learn those concepts much faster.

What if learning music theory wrecks my creativity?

There's a false dichotomy, which lingers with strength today, and will continue probably tomorrow; namely, that either you "play by ear", or you're a nerdy "music theory" person, who lacks actual creativity. It's false because you can play by ear, but have a highly trained ear (by studying music theory) so that you can access much more different palettes of sound.

If someone parades their knowledge of music theory as a reason why they're "better than", then absolutely don't invite that person to the steak-out. But if someone like Wayne Shorter uses theory as a tool to go further out on an artistic trip, then that's cool and shows that you can be creative & use music theory. For example, on this track, Juju, Wayne Shorter uses augmented triads to define the very tense and anxious melody.

Unfortunately, the question of whether or not music theory is helpful or not has become one of those hotly debated topics, when egos get involved. It's fair to say that music theory has the potential to be very helpful, if it's used merely as a tool, rather than an escape. So proceed with good intent, and you'll fare just fine!

First off, What Does "Major" Mean?

Whether a musical passage sounds major or minor is usually the difference between something sounding happy or sad. A major sound is a happy sound, and minor sound is a sad sound.

Therefore, in the context of this article, the major scale (if you hear it played) sounds like a positive & uplifiting series of notes, unlike a minor scale (and there are many different kinds of major and minor scales, so this is a general trait for all of them).

How is the Major Scale Built?

Technically, the major scale is built and defined like this: WWHWWWH, where W means "whole-step" and H means "half-step. But what does this mean in English?

To spell out what the major scale is, in terms of notes, it's handy to have some terminology to bridge the gap between sounds and the English language. This is where note "intervals" comes becomes useful.

A Couple Intervals to Know on the Guitar

If you were to go up the notes of a piano sequentially (including both white and black notes), then that would be the same as fretting each note of a string, up all it's frets (one fret after another). In that case, hitting every note on the piano and fretting each fret of a string, you're hitting what are called "half steps".

On the guitar, a half-step is an interval (ie. "spacing between 2 notes") which is 1 fret apart.

It's also called a "half-tone", in addition to a "half-step".

Then, another note interval was defined, called a "whole step".

By calling out sequences of notes (AKA scales) by codes, using half-step or whole-step terminology, you can define scales!

Try starting from any fret on any string of your guitar, then ascending up the string's frets with that major scale formula: WWHWWWH. Listen for how the major scale's sounds blend together.

The Number System: A Way to Make Using the Major Scale Easier

Since "the major scale" is such a popular and widely used scale system, an entire methodology of naming notes called the Number System has been used for decades, which bases its default notes on the major scale.

How does the Number System make thinking of intervals, scales, and chords easier?

How the Major Scale Is Used to Build Chords