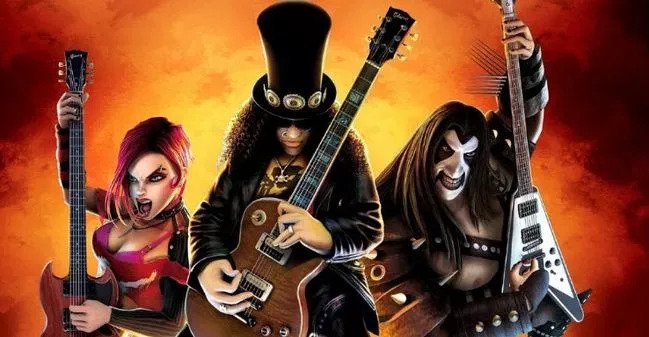 As wild as the internet is these days (though it's not the wild-west it used to be in the 2000s!.. more like a corporate wild-west, rather than an anarchical wild-west), it can be overwhelming to learn guitar, learn a language, or learn to cook online. Option anxiety afflicts us, with the myriad of endless option with any search. With that reality, it's nice having less to choose from sometimes (since you can focus more on actually learning).

By learning guitar via certain software, it's mentally a bit easier to learn guitar (since everything's in one spot, so there's less option anxiety), and oftentimes the the courses (how everything flows, the user interface) are cleaner and more robust than websites, since developers can pack more into a software app than a site.

In the following list, you'll get the low-down on a few learning software tools, which have proven helpful for lots of other guitarists. If you haven't heard of any of these options yet, hopefully they point you in a better direction in choosing the best guitar learning software!

What if you could brain-hack yourself, and channel that gnawing ache to play video games, and use that to power through your guitar learning? That's been the goal of Rocksmith, Phase Shift, and one anonymous person's Github creation. They're all software which make learning guitar similar to playing Guitar Hero.

It seems like a great idea; everyone learns so differently, and gaming resonates with just about everyone, so why not channel that natural affinity, as fuel for learning, when it comes to learning guitar? Especially for anyone who's struggled to learn guitar by normal methods (using books, or using courses), this might be a worthwhile way to try learning guitar.

Note: This site has zero affiliation with any of these products. It's simple meant to help fellow guitarists out, since it's a question which gets asked often.

With even a quick bit of research, it seems fairly clear that Rocksmith is the most established "Guitar Hero-like" software available for guitarists who love to game. What's cool is you actually connect your guitar to your computer, and (by sensing the pitch of the strings via a patch cord which converts into a USB input to your laptop), you can play guitar hero in real life!

Then, since it's been built as software (rather than a website), you'll probably find that it runs as a distinct & complete learning environment on its own, with plenty of songs to "beat". By the end of an all-nighter, imagine knowing 10 more songs, instead of overflowing with battle royale adrenaline at 5am.

Give it a try, if you're game for learning some guitar!

Phase Shift is basically Guitar Hero on Steam. Its description states that it's an "instrument focused rhythm game," which supports MIDI devices. So unfortunately, unlike Rocksmith, Phase Shift won't give you the experience of actually gamifying the guitar. Therefore, it's not really an option when it comes to brain-hacking your guitar learning.

That being said, it looks pretty fun to play! And it really throws back to when Guitar Hero first came out.

This is a pretty interesting tool, which doesn't look to be super usable, but it's cool that someone's gone ahead and built this. It's something that's been shared via Github, which allows you to interact with a Guitar Hero-like interface (in the most stripped-down form ever), and input your sounds via your mic.

However, maybe it's a bit incomplete, because it doesn't really indicate where to place your fingers to fret the notes, and so on. So it's not usable as a learning tool, and not known if that feature will get added anytime soon.

These days, there's almost too many learning options out there! It kind of helps to have a limited source of knowledge (to help your brain know what to wrap around), which has great substance. Plus, particularly if you know you're into gaming, then you might want to trap your brain into a guitar game, using your brain's thirst to level-up to drive your aptitude on guitar!

Based on the brief exploration undertaken here, it's clear that Rocksmith seems to be the only software which really does the job; that is, gamify the playing of an actual guitar, making it possible to channel your craving for gaming to learn guitar. The other 2 examples just don't quite cut it, which shows how Rocksmith is still probably the main option available for this purpose.

Software As The Ultimate Coach

As a final word on using software for learning guitar, here are a few benefits of potentially trying something like Rocksmith to learn guitar (as opposed to using websites such as JustinGuitar, Guitar Tricks, or even this site):

The Best Guitar Capo For Your Playing Style

Are you following these 20 best ways to learn guitar quickly? Fast and easy, get: (a) answers to beginner guitar FAQs, and (b) 20 essential guitar learning tips!

The Best Pedal boards For Guitarists: Unlock The Next Level