How to Strum a Guitar

BY LEARN GUITARS
Last Updated On:
October 11, 2022
HomeBlogHow to Strum a Guitar 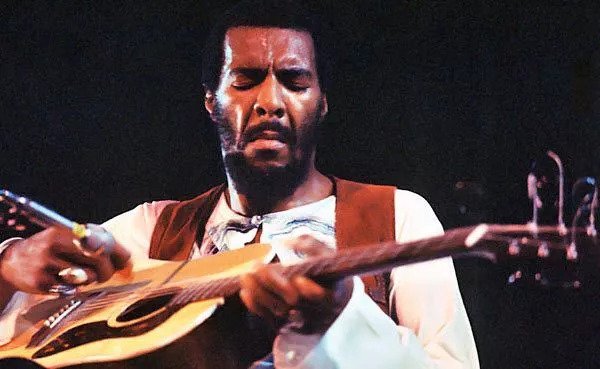 Whether strumming with your fingers or with a pick, you’ll get smoother strums by practicing at slow tempos and focusing on keeping your back, shoulder, wrists, and fingers as limp as a glove.

Also, ensure to listen to strumming masters like Richie Havens — those aspirations will act like your north star, so you know where to go in the larger landscape of strumming.

By putting in those wee hours, stoking your passion and curiosity to learn to strum, and listening to the greats, you’ll be on your way to smooth strumming in no time at all.

They say that the most crucial aspect of your guitar sound is located right in your hands. Essentially, the tone is in your hands – your fretting hand on one side and your strumming hand on the other. We decided to focus on the latter segment and discuss the matter of guitar strumming. There are many answers on the question of how to strum a guitar, and many things are left out for you to discover on your own and shape your technique and style based on your personal preferences. But there are some common grounds we all have to cover, and we’ll do our best to map them out in the most effective way possible.

There is a great variety of strumming patterns out there, but when it comes to specific strumming techniques, there are essentially three cornerstones of the whole thing – pick strumming, finger strumming, and the so-called hybrid picking, or strumming with both fingers and a plectrum. We’ll focus on the first two methods as they are the essential ones, plus hybrid picking extends beyond the realm of simple strumming.

How to Strum With a Pick

When you think about guitar strumming, there’s a good chance you’re thinking about using a pick. And when attacking the instrument with a pick, you’ve a larger area of your body to work. So while you don’t have to pay attention to individual fingers that much like in the case of finger-picking, the effort requires you to pay more attention to other things. So first things first…

Don’t force the position of your guitar

Even before we get to details, you will need to make sure that you are comfortable. This means you have to place your instrument in a position that makes it easy for you to strum, that makes you comfortable and that gives you that impression of feeling unified with the guitar. Some people insist that holding the guitar up high makes it easier, and while that is correct for certain styles, it is not true in general. Placing the six-string low actually allows you several advantages over the high position, especially if you’re a rock player looking to churn out power chords and stronger attack.

Know how to hold a pick

Placing the pick properly into your strumming hand isn’t only necessary for getting the best sound, but it will also help you avoid injuring your fingers.

Now the actual guide – place the palm of your strumming hand to face your body and curl the fingers towards the palm. Then, position the pick on the first knuckle of your index finger, placing it to point directly to your chest. Lock it in with your thumb, and leave about half of an inch of room from the index finger. This is the basic pick position, and you should play around with it to get that grip that works the best for you.

How to Strum Without a Pick

Another option is to strum your guitar without using a pick. And we’re not talking about finger-style picking, we’re talking about genuine strumming with your fingers. One style is to use the thumb of your strumming hand and strum along with it, but this is a fairly limiting option, and an exhausting one as well if you are playing more fast or advanced stuff. The other technique is to utilize nails of your strumming hand and essentially strum with the nail of your index finger during the down-stroke and then use the nail of your thumb for the upstroke. The position of the hand should be the same as when playing with a pick, except that you’re not holding the pick, of course.

So those were the very basics. Now that we have passed through the stage of placing your guitar properly and knowing how to place your fingers – which happens to be crucial so don’t slack in that department – here’s the meaty bit that will require hours of practice.

If It Hurts, It’s Wrong

It’s as simple as that – if a muscle hurts while you play, something is wrong and your hand is not in the proper position. This can usually be your elbow, your wrist, or your fingers. If any of them hurt, try a different position.

The Wrist Is Crucial

You need to relax your wrist, and let it take on a portion of muscle action. If your strumming comes from the elbow, you will hurt yourself in the long run. Wrist is much more versatile, flexible and ergonomic, and the majority of action should happen there.

Now how to optimize your wrist – as always, relax. Don’t hold on to the pick too hard, because choking that thing puts you in a cramped position. As a matter of fact, you should hold the plectrum as loosely as possible, almost to the very limit of being close to dropping it. So don’t go to the extremes – don’t hold it too closely, but don’t let it fall out either.

Learn the Down-stroke and the Up-stroke

The down-stroke is when you strum the guitar from up to down, and you need to learn to properly pluck that string so it makes a full sound. Don’t hit it too hard, don’t be too mellow, don’t hold onto the string for too long, but don’t be too brief either. As for the up-stroke, we’re talking about the opposite type of move – strumming the string from below. When combined, these two forge one of the founding techniques of guitar strumming, the one mentioned below.

Alternative picking is a strumming technique that requires you to combine the up-strokes and down-strokes. It’s how the majority of players out there play, and requires a special dose of attention from you. The thing you should aim for at the beginning is to make your up-strokes and down-strokes equal in strength. Many players neglect this, resulting in an uneven sound and a generally poor performance.

Practice Individual Strings, and Then Chords

Feeling the action and tension of every string is another important aspect of the story. So you need to practice alternate picking on each of the strings to know how they operate and feel. Then, you should also practice strumming chords, but note that that side of the story is more focused on your fretting hand.

Finally, on more advanced grounds, you will need to practice strumming that requires skipping strings. This requires precision, as it is very easy to hit the string or two that you are skipping and produce a false note.

Strumming is among the primary things when it comes to guitar playing, but many beginners tend to neglect other aspects. So never forget that it’s the overall song that you should focus on, and that means chords and tempo. The trap newbies fall into is called “over-strumming,” and that is basically where you strum like a maniac, hitting only a few right and many wrong notes, in the wrong tempo of course. Don’t do it.

The thing you should work at the start is the music you love. It’s easy to say “practice, practice, practice,” but it is easier to stick to that regime when you are more motivated. And one of the best early goals is to learn the music of your idols. So with these things in mind, find your favorite song that sounds simple and get strumming!

From Total Beginner to Mary Had a Little Lamb

Go from never having played a guitar, to learning Mary Had A Little Lamb; it's all in this fast guitar lesson guide. Won't take more than a few hours!
Blind Louie Harrison

How to Tune a Guitar

You'll learn 3 ways of how to tune a guitar, in this lesson article. Plus, discover the background of guitar tunings, and how there are many tunings available.
Blind Louie Harrison

What Is The Most Common Form Of The Blues

Many ponder what is the most common form of the blues. That could be related to the sub-genre of blues, the chord progression of blues, and other aspects.
Blind Louie Harrison