Serving as one of the great archetypes of Texas Blues, and acoustic blues overall, Lightnin' Hopkins is one of the legends of the music. From the deep feel of his musical sound to his overall style, often sporting bow ties and almost always wearing his signature shades, Hopkins is a great ambassador for blues. Luckily, his career is also really well documented, with much film remaining of his playing, many recordings, as well as interviews. 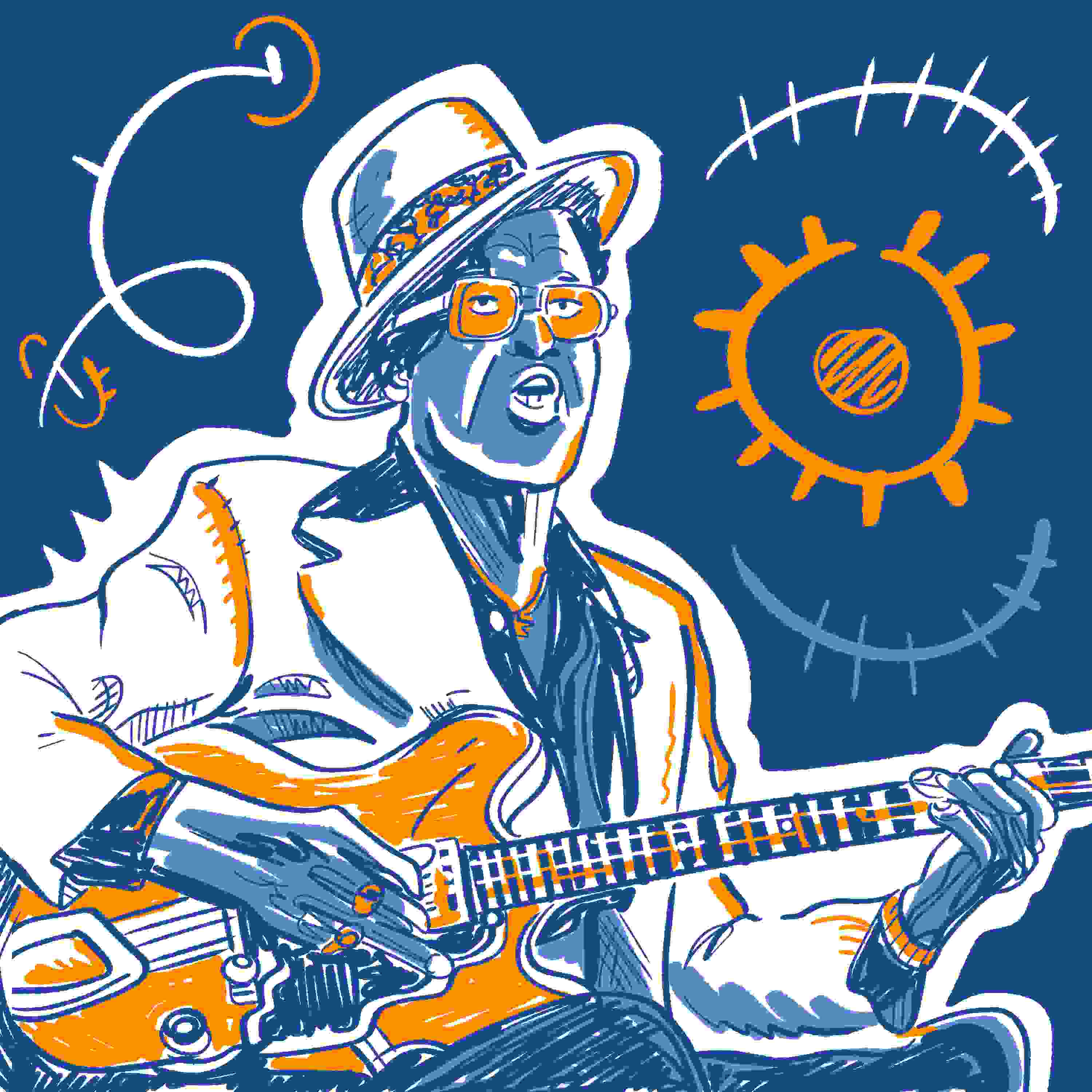 Bring Me My Shotgun
Hey all, so here's a Lightnin' Hopkins song that had been requested a few months back. It's got this great "sneaky" quality and sound to it
Death Bells
Here's a classic slow, moanful blues by the great Lightnin' Hopkins. Recorded during some of his earliest sessions in the late-1940s, the clarity of the recordi

Hopkins' guitar style is very rambunctious, with energetic basslines and lead-lines, often going full-throttle during his faster tempo songs; at the same time, for deeper, emotional songs, he could dig deep into his guitar, playing his trade mark double-stops, dripping with feel and head-bobbing rhythm. His style is rambunctious since he'd often get excited by playing a single note line, bursting into a series of notes on the guitar's higher registers, squeezing it all between vocal verses; by doing so, he'd momentarily veer away from the basslines and treble riffs.

These kinds of excited moments, including trills which long preceded the way Hendrix would later do the same, all add to his overall tearing style. Of course, also being an excellent example of Texas Blues, he'd play many songs with a monotonous, single-note bassline, held down on each beat of the bar, pulsating to support his vocals and treble-side riffs.

Born in Centerville, Texas, Hopkins was immersed in the finest blues music from a young age. With great fortune, by the time he was just 8, he found that the church his family attended was also attended regularly by none other than Texas blues legend Blind Lemon Jefferson. Quickly, Jefferson must have seen something different in the young Hopkins because, soon after, Jefferson began mentoring Hopkins at these church gatherings. On top of this exposure and learning, Hopkins' older cousin was Texas Alexander, one of the early recorded blues musicians, and one of his other cousins was Frankie Lee Sims, another well known blues musician.

Both the 30s and 40s were tough decades for Hopkins, from his eyes most likely. In the 30s, he landed in Houston County Prison Farm, and was upon his release unsuccessful in breaking into Houston's music scene. Going back to his home town, Centerville, to earn income on the farms, he remained working there, also playing music on the side, through the 40s. Finally, he caught a break and was recorded by Aladdin Records in 1946, which led him to Los Angeles to record.

A steady rise from through the following years led to Hopkins being a big name by the mid 50s. As the times shifted even more into his favour in the 1960s, with the Folk Revival, Hopkins' career truly exploded, until he's now become among the best recorded blues musicians (in terms of number of albums recorded). With his reach, he influenced many guitarists; for example, Jimi Hendrix's family listened to much blues, and one of young Hendrix's favorites happened to be Lightnin' Hopkins. Never straying far from his Texas roots, Hopkins died in Houston in 1982, at the age of 69.