Quite easily one of the most seminal pre-war, American folk musicians, Charley Patton (also with the spelling of Charlie Patton) was almost like a Robin Hood-like figure, highly well-known to the people of Mississippi and other regions he toured, as well as among musicians.

From Howlin' Wolf, to Bukka White, to Robert Johnson, the standards which Patton set in terms of guitar execution and showmanship raised the styles of blues (as well as other genres he played) to new heights. 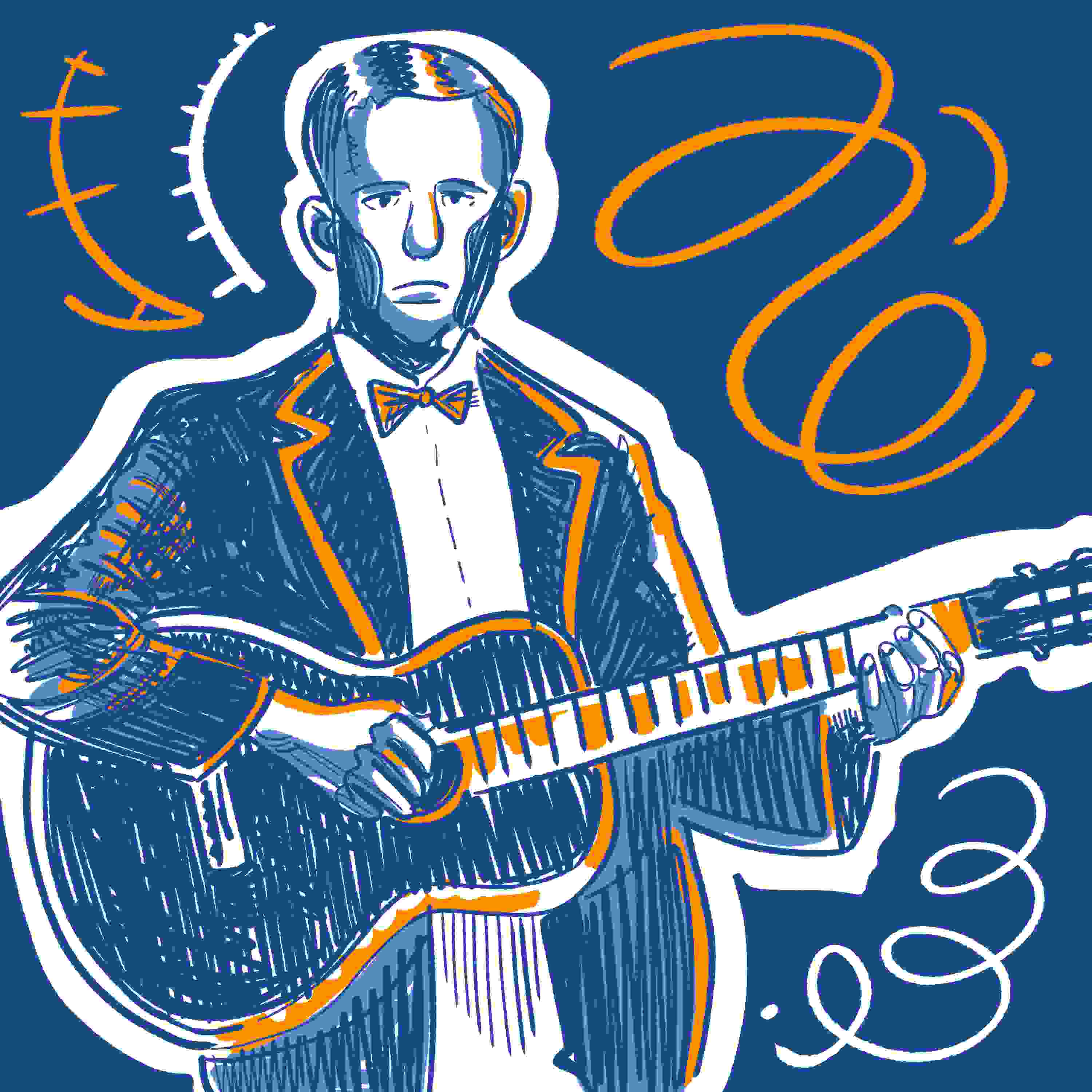 Shake It and Break It
Spoonful Blues
Pony Blues

Like many contemporaries of his, such as Peg Leg Howell and most likely his musical mentor, Henry Sloan, Patton delved deeply into alternative tunings for the guitar. One which he uses in many of his recordings is Spanish tuning, often cranking his guitar to Spanish tuning although at variety of pitches; for example, Spanish Open G tuning, Spanish Open A tuning, Spanish open Ab tuning, and so on — the exact same relative string intervals, but at varying pitches. It is said that since Patton preferred not to use a capo, probably so that he had more room on the fingerboard to fret notes, the ensuing string tension would cause his guitar to practically fold in half time and time again, leading him to burn through many guitars year over year.

In terms of his technical playing style, Patton would often use either alternating basslines for his spiritual songs, such as Lord I'm Discouraged, while he'd use a mixture of both single note and alternating basslines for his Spanish tuning songs, such as Love My Stuff, simply marking out bass notes for chords like the IV chord, while adding more structured, rhythmic elements at other times. On the treble side, Patton would take his riff-based songs, in that they'd have a set type of riff structure which would repeat chorus after chorus, and from there he'd just play them with full aggression — moaning bends, biting slides, and luscious treble-side strums. In fact, just from the way he strums the open strings of his guitar, one can tell it's Patton.

General consensus says that Patton was born in 1891, although there have been hints that his birthdates may have been anywhere from 1881 to 1887 as well. Hinds County, Mississippi was his birthplace; only a 2 hour drive from Dockery Plantation, and a similar time (with today's cars) to Clarksdale, which would soon be a stomping ground for Patton. Although he was born to Bill and Annie Patton, it's said that Henderson Chatmon was the one who raised Patton. Henderson Chatmon was also the father of musicians of the Mississippi Sheiks like Sam Chatmon.

Not long afterwards, his family moved north to Dockery Plantation for work in 1897. From this time and onwards, Patton began to craft his musical identity, likely meeting his mentor Henry Sloan around this time as well. Sloan was born in 1870, so 20 years Patton's senior (almost the age of Patton's father most likely), and moved to Dockery around the same time, between 1901 and 1904. As Tommy Johnson and Son House said, Patton "dogged every step" of Sloan's. Patton's father would actually get mad at Charley for following Sloan around, but later accepted his son's path and actually bought him a guitar. His sister, Viola Cannon, said that "he couldn't really pick a guitar" until he began apprenticing with Sloan. Soon though, Sloan departed for more optimistic vistas, leaving for Chicago around 1918. By this time though, Patton, about 28 years old, had probably already crafted his musical conceptions from his learnings.

At this time, Patton would perform at Dockery and other areas close by, also playing with and mentoring other musicians, such as Tommy Johnson, Son House, Willie Brown, Robert Johnson, and Howlin' Wolf. From gritty blues, to emotional spirituals, to actual country and western, Patton was a professional and was quite well-known in his community. For musicians such as Willie Brown and Son House, they would actually use some of his guitar riffs directly, using the same IV chords in Spanish tuning for example, and the same descending bassline ideas; for example, the bass-note riff on Revenue Man Blues and Future Blues by Willie Brown.

After tours and engagements throughout the late 20s and into the early 30s, even to other cities such as Chicago and New York City, Patton and his wife Bertha Lee eventually settled down back in Holly Ridge, Mississippi, in 1934, just south of Dockery Farms. Passing away just months later in April 1934, Patton was laid to rest in Holly Ridge. His grave lacked a headstone for decades, but, with the aid of John Fogerty and the Mt. Zion Memorial Fund, a headstone was placed at last at his grave.