Out of unlucky outcomes in childhood, Blind Willie McTell emerged as a dazzling musician, with equally as gifted talents for singing as guitar playing. Raised from a highly musical family, he made a life himself as a travelling musician as early as 17 years of age, long after his father had left him, and shortly after his mother passed away.

By the late 1920s, McTell was enjoying the economic boom of that epoch, with multiplying opportunities to record his music. Then, with the hand-in-hand fallout of the Depression, McTell fortunately maintained his guitar playing, and added to his body of work in the 1940s and 1950s. 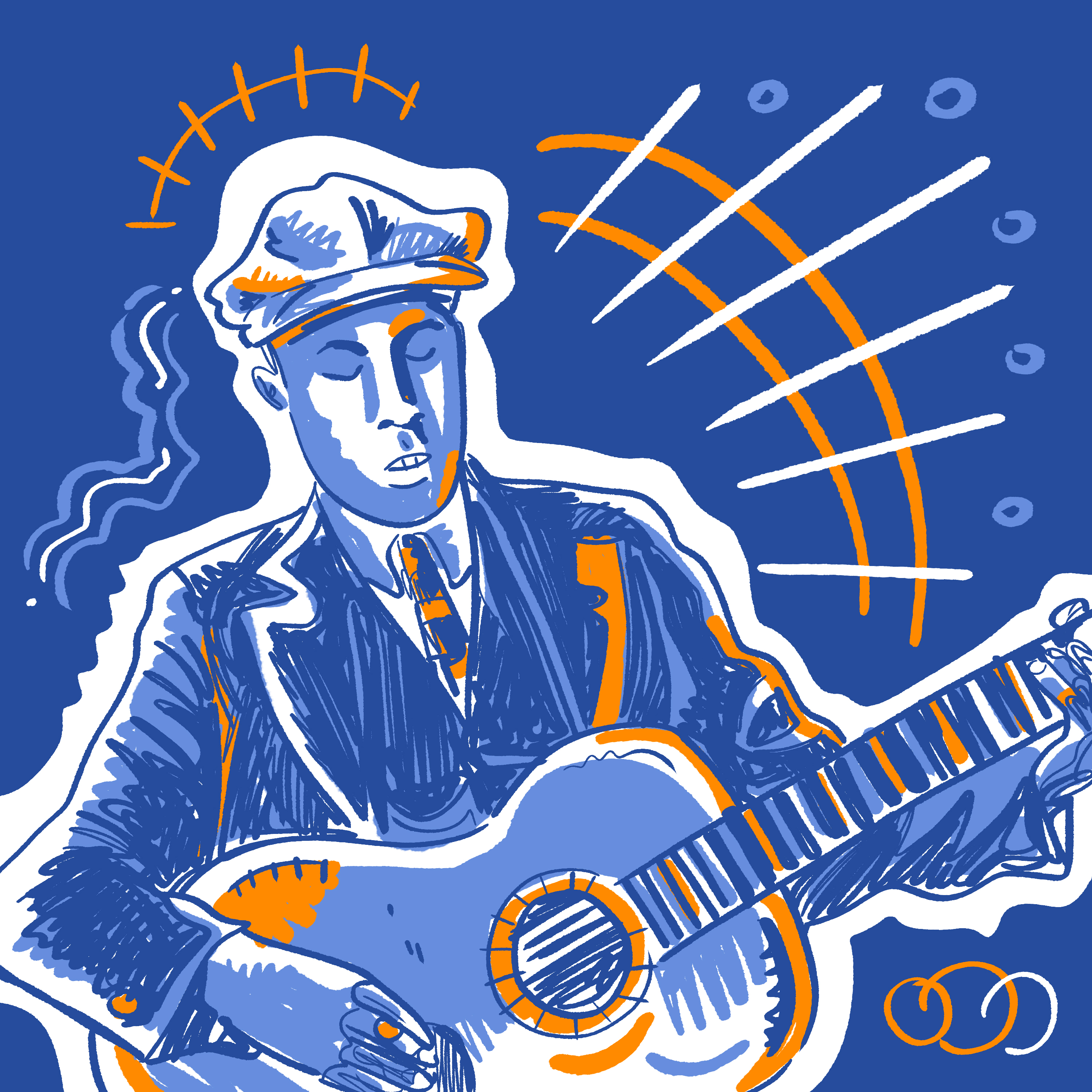 Replete with dazzling 12-string picking, Blind Willie McTell's early recordings give a taste of a guy who knew bucket-fulls of songs. I can't do justice in describing his playing style, technically, but it seems he's got a masterful picking hand, like a machine-gun of notes, using this artillery of actually relatively simple fretted notes? His timing & rhythm is definitely a large part of things; McTell just about never misses a beat, and if he ever does he's locked-in instantly thereafter.

It seems pretty clear that his mind-body connection with the guitar was pretty intuitive; on his recordings he really doesn't bat an eye, as he almost focuses more on his singing & spoken word than his guitar. On tunes like Travelin' Blues, his abilities are showcased amazingly well, then again his nostalgic tastes are shown in It's My Desire, and then his belting vocals are on high with Hide Me In My Bosom. It's no wonder that his guitar abilities were simply the inevitable fruit of a great musical mind.

McTell's life was pathway towards the blues stylings of the day sound almost pre-ordained; born blind in one eye between 1898 or 1903, he soon last his remaining vision early in childhoord. With an extraordinarily musical family, and being left to the school for the blind with little prospects other than music, Blind Willie McTell kept up the mantle of his family's tradition. He'd grown up without a father, and when his mother died when was as young as 17 (in the early 1920s), he left his hometown and set out to be a working musician.

He seemed to have led a life of a true nomad, working as a street musician, and eventually landing his first recording session in 1927 with Victor Records in Atlanta, Georgia. He we on to supplement his street performance earnings with these record deals, using various nicknames like Hot Shot Willie, Georgia Bill, Blind Sammie, Pig & Whistle Red, and Blind Willie. As a street musician, he wasn't necessarily like a begger, but he'd play informal outdoor concerts around barbecue shacks for example, for entertaining the patrons. It seems fair to guess that he started playing a 12-string so that he could be heard acoustically among the raucous crowds.

Fortunately, McTell wasn't among the cohort of musicians who passed away, or faded to obscurity, after the 1930s. Not only did he record a spoken interview & "leave-the-tape-running" recording session with Alan Lomax in 1940 (for which he was paid the equivalent of $200 in 2022 money), but some of his greatest stuff is from his 1949 Atlantic Records recordings, and his 1956 "Last Session" recordings.

In his waning years, McTell became a preacher at Mt. Zion Baptist Church in Atlanta, and later died in 1959 in his home state. A fan of McTell's music, David Fulmer, paid for an upgraded version of McTell's grave headstone in 2011, and donated McTell's original headstone to the Thomson-McDuffie Museum for display.