Born to a family of sharecroppers around Camden Mississippi, Belton Sutherland took on a passion for music early on. With playing partners like Theodore Harris on fiddle, Sutherland was a local favorite in both his small hamlet and towns nearby. Unlike many of his contemporaries (such as Robert Johnson who was born in the same year as Sutherland), Belton Sutherland never recorded during those pre-war years. Instead, luckily he was recorded late in his late in the 1970s by Worth Long and Alan Lomax. 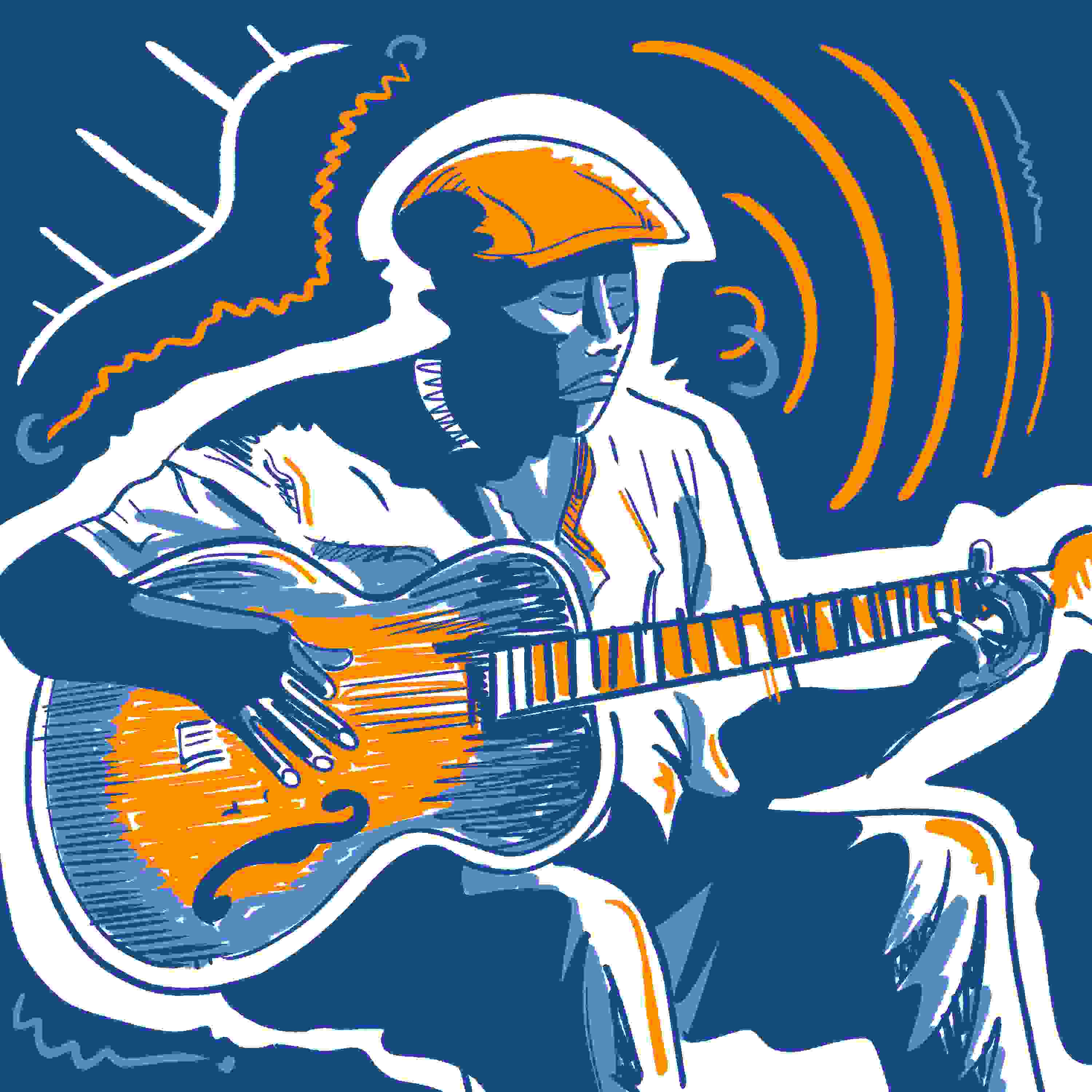 Blues #1
Detuned to add growl to his classic piece, Belton Sutherland’s Blues #1 is a true display of Sutherland’s raw guitar fingertstyle guitar playing
Blues #2
In more of a John Lee Hooker kind of vein, Blues #2 is a vampy kind of blues song, sitting comfortably with a powerful but patient groove on only a couple chords
I’ve Got Trouble
I've Got Trouble by Belton Sutherland is like a full-on grunge transformation of Muddy Waters' I Can't Be Satisfied, using a similar riff form and structure

Although by the time Sutherland was recorded in the 70s his playing didn't have the swiftness of Blind Willie Johnson, there are nuggets to find in Sutherland's playing. In each of the three songs he recorded (minus his duet with Clyde Maxwell), he plays quite almost psychadelic bends; his guitar detuned majorly so that he can achieve Albert King-like overbends, zany in how they sound. On top of that, his songs feature very groovy rhythms, driven by his riff based song structures.

Preferring to try for a path of music rather than sharecropper life, Sutherland played music whenever the opportunity presented itself in the 1920s and 1930s. He began to play with Theodore Harris early on who, in his estimation, was the finest fiddle player in the area. As he put it, "Yeah, he could really play it. There wasn’t no maybe about it. He’s the best fiddle player that ever went through here.”

By the 30s, the economic turmoil of the time wreaked its havoc, and musical work dried up for Sutherland. On top of this, he also had a child in the mid-30s, which also pulled him away from music. After also a brief stint as a prison labourer, Sutherland moved to Chicago with an aim to provide more income for his family. That reportedly led him to being away from his home area for over 37 years before he came back. During that time, he was able to earn enough to purchase his own house, with new neighbors such as Clyde Maxwell. It's in this new community (although still near his birthplace) that Alan Lomax and Worth Long travelled to in order to find and record him.